It was a true picture of charity when a charitable organization named ‘Africa Traditional and Cultural Heritage Foundation’ (ATCHF) organized a symposium where hundreds of Osogbo residents benefited for two consecutive days to commemorate the 10th coronation anniversary of Ataoja of Osogbo.

The first day of the programme was held in the palace of Ataoja on Thursday 10th September, 2020 where people most especially the aged people and less privilege benefited from free medical checkup, treatment, drugs and reading glasses provided by health professionals. 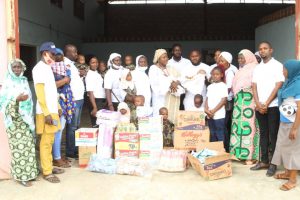 Meanwhile, showcasing the uniqueness and beauty of some locally made foods was also one of the major aspects of the event where food identified with Osogbo such as, “Eko and Akara, Efo riro, Dele, Senke among others were competitively cooked and examined while other cultural display at the event as a form of entertainment were talking drums, traditional dance, Ewi, Esa, Oriki of different forms within Osogbo and beyond. 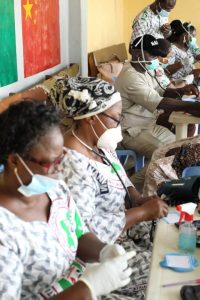 Eminent personalities also gathered to talk about the preservation and sustainability of African Culture.

Dr Tella Adeniran of the Residence Electoral Commissioner in charge of Ekiti State, and Rt Hon Lekan Olatunji who is the Chief Whip of the Osun State House of Assembly led other prominent culture icons such as Chief Dejo Babalola who talked about “The role of Sons and Daughters of the land in the preservation of African Traditions and Cultures through the Palace.
Chief Jimoh Buraymo (Baale Gbodofon): Discussed “the Osogbo yesterday, today, and tommorow.
Chief Ifayemi Elebuibon (Araba Awo of Osogboland): Talked about “The role of the palace in the preservation of the traditions, culture and sustainable development of the land.
Mr Dayo Oderinu, who represented Mr Femi Adefila (CEO Rave FM 91.7) discussed “Sustaining the African traditional value among the youths; The role of media outfit. 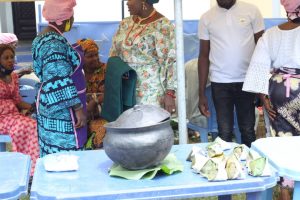 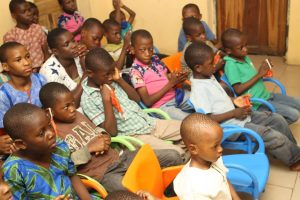 While speaking in an interview with the OSUNREPORTERS NEWS after the programme, founder of the organization, Olori Kafayat Adedoyin who is the Queen of Ataoja of Osogbo said, “The motive behind the establishment of the organization is to empower the youth and to assist the aged, most importantly the less privilege in Osogbo and beyond.

“Olori Kafayat Adedoyin Oyetunji Africa Traditional And Cultural Heritage Foundation has started this kindhearted programme for years but this is the laudable one in recent times because it was centred in honour of the 10th coronation anniversary of Oba Jimoh Oyetunji Olanipekun Larooye II, the Ataoja of Osogbo. 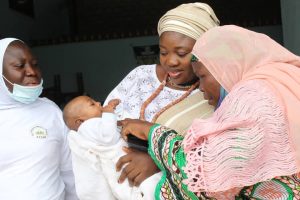 “We are determined to promote and showcase the African cultures in Osogbo and across Africa, while other philanthropists in society should join other organizations that are charged with this type of responsibility in making our society better for all.”

JUST IN: Ooni of Ife Talks Tough On Igangan Attack,...

Olowu Of Kuta Congratulates Muslims, Urges Nigerians To Praticalise The...