The Chief Press Secretary to the Osun State Governor, Adeniyi Adesina has resigned his position for another professional assignment.

The new Chief Press Secretary was formerly working as the Assistant Editor (politics) of The Sun newspaper. He replaces Adeniyi Adesina who left by mutual consent to take up a professional appointment. 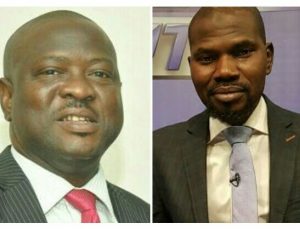 Omipidan, who attended University of Maiduguri, hails from Ila Orangun with almost 20 years experience in journalism.

A source revealed to OSUN REPORTERS NEWS that Adeniyi Adesina’s resignation is as a result of his professional job, he is to take over the post of Chief Editor of the Nation Newspapers.

“Why we are proud of Buhari/Osinbajo led government” AGF Leader

Sunday Igboho Speaks On Next Move On Yoruba Nation Crusade

Full List Of All APC Senatorial Aspirants Submitted To INEC

The Kashim Shettima I know, By Ismail Omipidan

How APC Can Solve Its Tinubu Problem